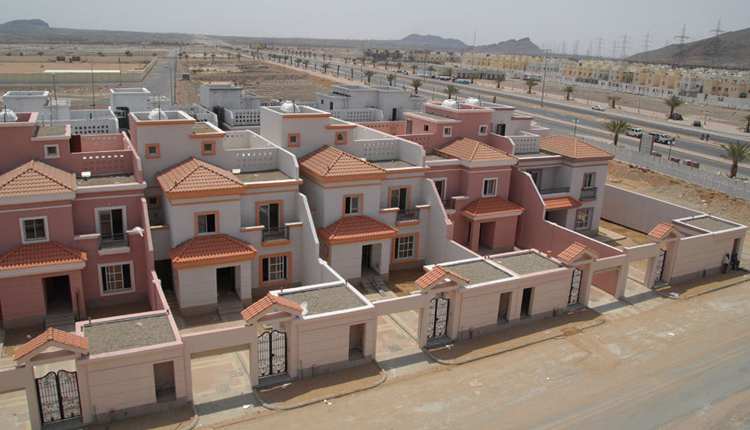 The launch of the fifth batch of the Sakani (housing) programme for 2018 was announced by the Housing Ministry and the Real Estate Development Fund (REDF) on Tuesday, the official Saudi Press Agency reported. It will distribute 21,612 residential and financing products across the Kingdom.

It allocated 105,174 residential and financial products during the first five months of 2018 and has a target of allocating 300,000 products by the end of the year.

The ministry made the announcement at a press conference in Jeddah and revealed that the current batch included 8,115 housing units under construction (off-plan sales) in partnership with real estate developers.

At the press conference, he said that deals had been signed with five real estate developers for four projects in Makkah and one in Jubail.

He announced the forthcoming launch of seven new projects in Jeddah, two on the ministry’s lands in Prince Fawaz District and in the north and five on private sector land.The seven projects will provide more than 50,000 housing units ranging from villas, townhouses and apartments.

The ministry continues to accept applications at six housing projects with more than 15,000 housing units in Riyadh, Makkah, Madinah, and Jeddah, he added.

In the last period, 60,000 housing units under construction (off-plan sales) were announced and the number of reservations in these projects amounted to around 40 percent.

“More than 4,000 housing units are ready, 70 percent of (them) have been reserved,” he added.REDF General Supervisor Khalid bin Mohammed Al-Amoudi confirmed that REDF would continue to provide services to beneficiaries on the waiting lists through suitable financing options.

During the past period, REDF launched an interactive campaign in 14 shopping malls across the Kingdom, attracting lots of interest, he added.

Al-Amoudi explained that REDF had also launched several programmes and initiatives during the past period to facilitate access to mortgage loans and help citizens own suitable housing solutions.

These programs and initiatives included the announcement of the self-building product and providing support to beneficiaries who have a loan with REDF by converting it into a supported loan in addition to letting them know what is the loan’s date of receipt and making it possible to receive it at a sooner date by visiting REDF’s website.

Al-Amoudi said that REDF’s Board of Directors has approved extending the loan term for citizens whose applications were approved 10 years ago (or less) for one year starting July 9, 2018.

The Ministry of Housing and the Real Estate Development Fund urged citizens to visit the sakani.housing.sa portal for a list of the names allocated housing units this month and to visit the housing support portal eskan.gov.sa and REDF’s online portal redf.gov.sa to complete the necessary procedures, update data and approve the product.