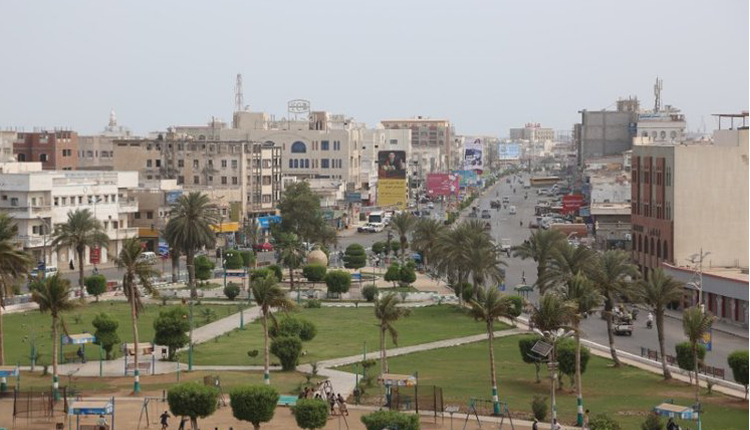 Arab warplanes and warships pounded Houthi positions in Yemen’s Hodeidah for a second day on Thursday, as a Saudi-led alliance tried to seize the country’s main port in the largest battle of a war that has created the world’s worst humanitarian crisis.

The coalition also struck the main road linking Hodeidah to the northern capital, Sanaa, to block any reinforcements of the Iran-aligned Houthis, who hold both cities, residents and anti-Houthi Yemeni military officials said.

“People are scared. The warships are terrifying and warplanes are flying overhead all the time,” university student Amina, 22, who lives near the port, told Reuters by telephone.

“People are fleeing the city to the countryside, but for those with no relatives there or money, there is no escape.”

Capturing Hodeidah, the Houthis’ only port, would give the coalition the upper hand in the three-year war. But it also would risk choking a lifeline for Yemenis, most of whom live in Houthi territory.

The Red Sea port is the main route for essential goods into Yemen, where 22 million people need of humanitarian aid and 8.4 million face starvation, according to the United Nations, which says the figure could reach 10 million by year end.

Despite the fighting, the United Nations is still supplying aid. “We are there and delivering, we are not leaving Hodeidah,” said Lise Grande, U.N. humanitarian coordinator for Yemen.

The Arab states say they will try to keep the port running.

Led by Saudi Arabia and the United Arab Emirates, the coalition intervened in Yemen’s war in 2015 to restore its internationally recognized government in exile and thwart what they see as an attempt by Iran to expand its influence.

Sunni Muslim Saudi Arabia and Shi’ite Iran are locked in proxy wars in several countries, including Syria and Iraq. The Houthis, from a Shi’ite minority, deny being Iran’s pawns and say they took power in a popular revolt and are defending Yemen from invasion.

The U.N. Security Council is due to meet behind closed doors on Thursday, at the request of Britain, over the offensive. The U.N. special envoy to Yemen, Martin Griffiths, has said the world body is talking to both sides to de-escalate.

Western countries have quietly backed the Arab states diplomatically, while mostly avoiding direct public involvement in the conflict. The United States, Britain and France all sell billions of dollars of weapons a year to the Arab countries.

Houthi leader Mohammed Ali al-Houthi has blamed the West for the assault. “The British told us a week ago that the Emiratis and the Saudis had told them they would not enter the battle of Hodeidah without their agreement and assistance.”

Foreign Secretary Boris Johnson said on Wednesday the British government was in contact with the alliance about ensuring its operations comply with international law on protecting civilians.

Coalition spokesman Turki al-Malki has said operation “Golden Victory” aimed to wrest control of the port and airport, but that they would avoid entering the city, where the Houthis have deployed military vehicles and troops.

A military official said the 21,000-strong coalition ground force — which includes Emiratis, Sudanese and Yemenis drawn from different factions — was de-mining the coastal strip south of Hodeidah and combing the rural area for Houthis fighters.

The coalition says it would facilitate the flow of goods into Yemen once it seized the port by easing some of its import restrictions. But it warned that the Houthis have planted mines, which could affect those efforts.

The coalition announced a five-point aid plan for the Hodeidah port and surrounding areas, including the establishment of a shipping lane to Hodeidah from the UAE capital, Abu Dhabi, and Jizan, a city in southern Saudi Arabia.

UK PM May will push for enhanced sanctions against Russia