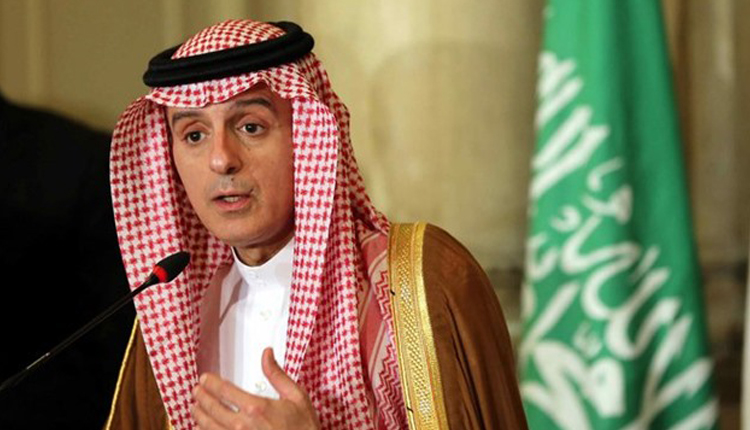 Saudi Arabia believes Iran conducted the recent attacks on its oil facilities and will consider a military response once its investigation is complete, the kingdom’s minister of state for foreign affairs said on Tuesday.

“We want to mobilize international support, and we want to look at all options – diplomatic options, economic options and military options – and then make the decision,” Adel al-Jubeir said at a conference on the sidelines of the U.N. General Assembly.

“We want to avoid war. But at the same time we have to signal to the Iranians that ‘your behavior cannot continue’,” he added.

Jubeir said the United Nations was helping it identify the launch site for the Sept. 14 attacks, which temporarily knocked out over 5 percent of global oil production and sent petroleum prices spiking higher.

He said he expected the investigation to be completed “fairly soon” but suggested it would be weeks and not days.

Yemen’s Iran-backed Houthi rebels claimed responsibility for the attacks on Saudi’s Abqaiq and Khurais facilities, but both Riyadh and Washington have laid the blame on Iran.

U.S. Secretary of State Mike Pompeo said there was no evidence the attack came from Yemen, where a Saudi-led coalition has been battling the Houthis for over four years in a conflict widely seen as a proxy war between Saudi Arabia and Iran.

U.S. President Donald Trump on Tuesday called on other nations to join the United States to pressure Iran after the attacks, but said there is a path to peace.

He has also promised to keep trying to squeeze Iran’s economy with sanctions until Tehran agrees to give up what Washington says is a pursuit of nuclear weapons.

China’s economy may be headed for another low