International News
By Yomna Yasser On May 30, 2017 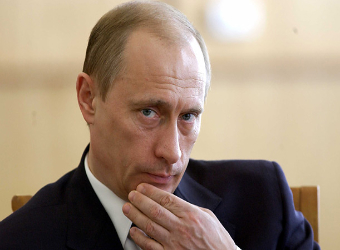 U.S. Senator John McCain said Russian President Vladimir Putin is a bigger threat to global security than ISIS, and warned that the Senate would push for sanctions against Moscow for its alleged interference in the U.S. election.

McCain, a leading foreign policy voice in the U.S. Congress, was speaking in an interview in Australia, where he has held security talks on his way to a defense summit in Singapore.

“I think Putin is the premier and most important threat, more so than ISIS,” McCain said in an interview on Australian Broadcasting Corp television.

He said while there was no evidence the Russians succeeded in changing the U.S. election outcome, they were still trying to change elections, including the recent French vote.

“I view the Russians as the far greatest challenge that we have,” said McCain, who is chairman of the U.S. Senate Armed Services Committee.

“So we need to have increased sanctions and hopefully when we come back from our recess, the Senate will move forward with sanctions on Russia and enact other penalties for Russian behavior.”

McCain, who has been a critic of President Donald Trump, said he believes the national security team around Trump is developing a strategy that will lead to “victory” in Afghanistan, and Trump has great confidence in that team.

“I do believe that most of the time that he accepts their advice and counsel. Can I tell you that he does all the time? No. And yes, does it bothers me? Yes, it bothers me,” he said.