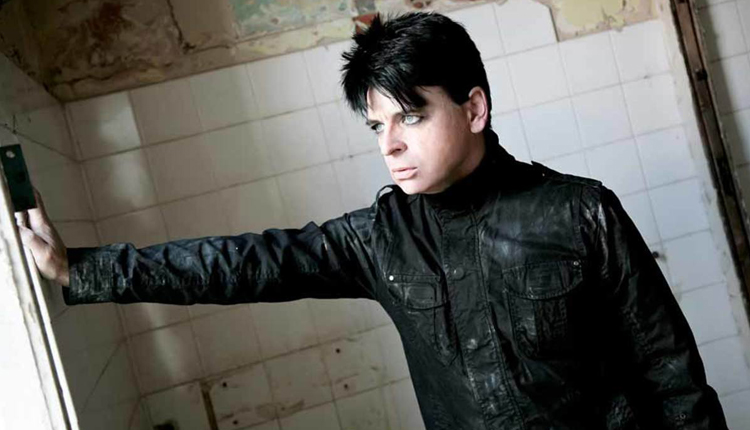 Singer Gary Numan has joked that he expected to be dead and buried long before now after being named an icon at a music awards ceremony.

The electronic music pioneer, who rose to fame with hits including Cars and Are ‘Friends’ Electric? in the late ’70s and early ’80s, spoke to Sky News on the red carpet at the O2 Silver Clef Awards, in aid of music therapy charity Nordoff Robbins.

He was among musical stars attending including Ed Sheeran, Dua Lipa, Sam Smith, Years and Years, the Chemical Brothers and the Black Eyed Peas, who all picked up trophies at the ceremony.

“It’s very flattering,” Numan said of his icon award. “I’m just really proud to still be here to be a part of it and mixing with this sort of company.

“I’ve been doing this for a very long time and I thought that I’d be dead and buried long before now so it’s lovely to be here. And it’s nice that it’s happening at a point where my career is doing so much better than it has been. It feels quite timely.”

Numan, who has released 18 albums throughout his career, is currently working on a follow-up to 2017’s Savage (Songs From A Broken World), which charted at number two in the UK – his highest position since his three back-to-back number one records in 1979 and 1980.

The British singer said it was “amazing” to still be working in the industry, and to be considered an icon.

“To become successful at all is very, very difficult,” he told Sky News.

“To be around for any length of time, more than two or three albums, is very, very difficult, so to get through all of that and 40 odd years after you started doing it to still be considered an icon – it doesn’t get much better, to be honest. I’m very proud.”

As an icon, a performer with such a huge back-catalogue behind him, what advice would Numan give to young musicians starting out?

“It will sound a bit glib but the best bit of advice is don’t listen to advice,” he says. “Do your own thing, go your own way, know what you want to be doing.

“Don’t let people try to shape you or mould you into something you don’t want to be. Just enjoy it.

“I love making music. To me, being successful is the cherry on the top, it’s the icing on the cake. The fact that I would be doing exactly the same things even if I hadn’t been successful, that’s what matters.

“It’s not about being famous, it’s about doing something that you love doing. If you can hang on to that – and it’s not easy, but if you can then you’ve got it made.”

The O2 Silver Clef Awards are held to recognise and celebrate the talent of artists who touch the lives of people through their music.

The ceremony helps to raise funds for Nordoff Robbins to continue to deliver music therapy to support vulnerable people across the UK.

The ceremony in London was also attended by former One Direction star Liam Payne, magician Dynamo and Louise Redknapp.

Sudan’s opposition agree to share power with military for 3yrs