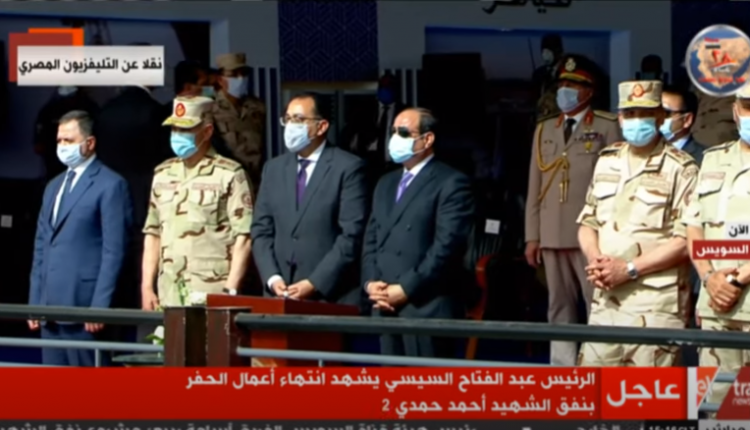 Egyptian Pesident Abdel Fattah El Sisi inaugurated a number of national projects Wednesday, including a major tunnel that links Suez to the Sinai Peninsula between the Red Sea in the west and the Mediterranean Sea in the north.

The Martyr Ahmed Hamdy 2 tunnel comes among a set of five tunnels in the northeastern city of Suez, which are established within the framework of Egypt’s 2030 vision.

“The inaugurated tunnel has two lanes with a length of 4,250 kilometers and a diameter of 11 meters,” Chairman of the Armed Forces Engineering Authority Ehab el-Faar said during the opening ceremony.

“As many as 5,000 workers and engineers took part in the construction process,” Faar noted.

US would bar new green cards, not temporary visas