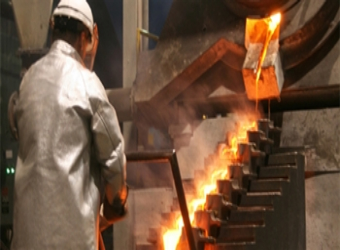 Egyptian steel group Solb Misr is planning to pump new investments amounting to US$300 million within the current year. The anticipated investments are designed to finance the establishment of two new steel plans, with production capacity of 2 million tonnes per year.

Speaking to Amwal Al Ghad’s Arabic website on Sunday, Gamal El-Garhy – Chairman of Solb Misr – stated that the establishment of the two steel plans would be financed through issuing 20% of the company’s shares for public trading on the Egyptian Exchange (EGX) within H1/2014.

Solb Misr is seeking to build two steel plants; one for rolling mill, and another for steel melting to cast into billets, El-Garhy noted.

Moreover, he said Solb Misr was supposed to inject its US$300 million investments last year but such plans were halted due to the country’s political and economic upheaval.

Meanwhile, El-Garhy has called the country’s newly-designated cabinet to revise a government decision of canceling  protective tariffs temporarily on imported steel, saying the tariffs are pivotal to protect the national steel industry.

Solb Misr is an integrated steel complex, which produces steel from raw material. It is comprised of a Direct Reduction Plant, 2 melting shops and 4 rolling mills, all located in the Suez area. With a total capacity of 2mn tons of steel per year, the Group’s annual production includes 1.5mn tons of finished products.