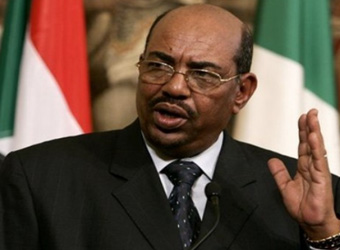 Sudan’s President Omar al-Bashir is accusing Egyptian intelligence of supporting opposition forces in his country, and vowing to take a border dispute between the two neighbors to the United Nations Security Council if negotiations fail.

The remarks came as part of an extensive interview Sunday with the Saudi-owned Al-Arabiya TV network.

Al-Bashir – who came to power in 1989 coup – also accused Iran of trying to spread Shiite Islam in Sudan.

Sudan severed diplomatic ties with Iran in January last year, after Saudis – al-Bashir’s main benefactors – engaged in a public feud with Tehran. The dispute was triggered when angry crowds attacked Saudi diplomatic missions to protest the kingdom’s execution of a prominent Shiite cleric.