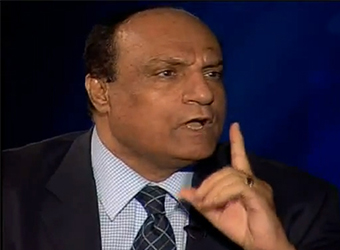 Gabrielthe is a lawyer who successfully challenged the constitutionality of an article in a 1978 law for civil servants that grants Muslims paid vacation to perform the Hajj.

The Supreme Constitutional Court ruled that Article 71 of Law 47/1978, which regulates the work of civil servants and grants Muslims the right to take a one-off paid vacation to perform a pilgrimage to Mecca,  violates several articles of the 2014 constitution.

The article lists a number of conditions under which employees are to receive paid vacation, including maternity leave, but does not include Christian pilgrimage.

“The ruling is a major step towards full citizenship rights for Egyptian Christians,” Gabriel said.

Gabriel said he took legal action after a number of Christian civil servants failed to obtain a paid vacation to perform the pilgrimage.

Gabriel has said, however, that the ruling is not likely to lead to more Egyptian Christians travelling to Jerusalem given a decades-long ban by the church on Coptic Christians from travelling to the city, which is home to some of Christianity’s most sacred sites.

The ban was put in place in 1980 by the late Pope Shenouda III in protest against the Israeli occupation of Palestinian land.

However, some Egyptian Copts have visited Jerusalem over the past few years during Easter.