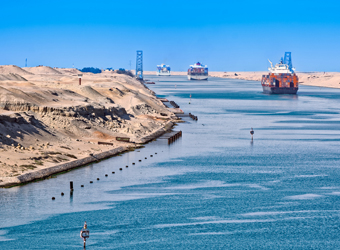 Egypt’s revenues from Suez Canal surged by 15.8 percent year-on-year to $551 million in April, from $476 million in the same month in 2020, chairman of the waterway canal authority said on Tuesday.

Rabie also announced the inauguration of the first phase of Port Said Water Plant with a capacity of 80,000 cubic metres at a cost of 180 million Egyptian pounds ($11.5 million).