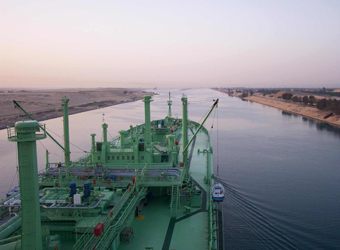 Egypt’s Suez Canal revenues jumped to $2.93 billion from January to June, compared to $2.91 billion during the same period in 2016.

A statement from the canal’s authority said on Sunday that its revenues climbed by three percent to $2.167 billion between March and July 2017 from $2.105 billion in the same period in 2016,

The Suez Canal is the fastest shipping route between Europe and Asia and one of the Egyptian government’s main sources of foreign currency.

In July, revenues fell by 2.8 percent, the authority added.

Egypt targets revenues from Suez Canal worth 66.1 billion Egyptian pounds ($3.6 billion) according to the country’s budget for financial year 2017/2018.

Egypt has enough sugar to next November: supply ministry spokesman