Sweden’s Electrolux investments in Egypt worth $205m since 2011: official 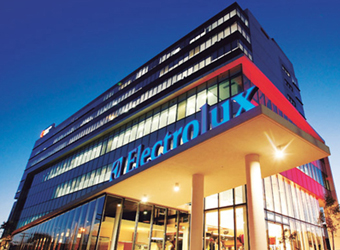 The total investments of the Swedish home appliances maker Electrolux in the Egyptian market are estimated at around 4 billion Egyptian pounds (US$205.5 million) since 2011.

Industrial Operations Director at Electrolux Egypt, Ayman Elmistikawy stated Monday that the company owns four factories in the Egyptian market as it considers Egypt its major base in the Middle East and Africa.

He made these remarks on the sidelines of the conference held by Electrolux to launch a new production line of washing machines.

Elmistikawy added that company’s strategy for the upcoming period includes deepening national industry and raising national components in its products.

Electrolux has around 30 suppliers in the local market, the official pointed out, clarifying that the company developed a plan to lower its needs of foreign currency through focusing on exporting to new markets in West Africa states and South Africa.