Swiss embassy Egypt: “We have received no correspondence on Mubarak’s money” 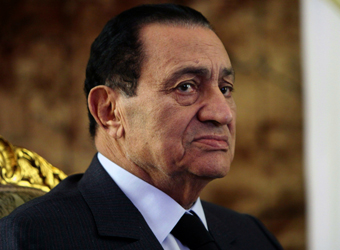 The Swiss Embassy in Egypt said on Monday that it is yet to receive any official correspondence from the Egyptian Public Prosecutor’s Office regarding former president Hosni Mubarak’s money siphoned abroad.

Egyptian Public Prosecutor’s Office said in a statement on Sunday that Switzerland has ended the judicial cooperation with Egypt to retrieve assets, funds and money siphoned by Mubarak and figures of his former situated in the country.

“We are now looking at the statement sent (by the Public Prosecutor’s Office) to journalists and analyzing its content,” Director of Information at the Swiss Embassy in Egypt Shimaa Fayed told Al-Masry Al-Youm.

The Public Prosecutor’s office said that “the reasons for the decision by the Swiss authorities in August to end the judicial cooperation with Egypt regarding assets, funds and money smuggled in Switzerland by the symbols of the regime of former President Hosni Mubarak have not been correct.”

The prosecution explained that “the reasons set by the Swiss side are aimed at denying the application of a new legal text approved by Switzerland in a way that would allow Egypt to recover its smuggled money obtained from corruption crimes.”

He added that criminal investigations and procedures into these funds proved that there is a list of 6 figures to whom the money belongs, among them members of the Mubarak family.