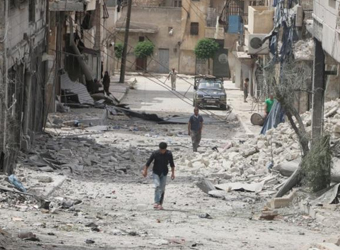 Al-Sukhna, some 70 kilometres (45 miles) northeast of the famed ancient city of Palmyra, is the last town on the road to the eastern city of Deir Ezzor, where a government garrison has held out under IS siege since early 2015.

There was no official confirmation of the capture from Syria’s government.

Since May, Syria’s army has been conducting a broad military campaign with Russian support to recapture the vast desert that separates the capital Damascus from Deir Ezzor and other towns along the Euphrates Valley.

Already defeated in its Iraqi bastion of Mosul, IS is facing multiple assaults in Syria.

The US-backed Syrian Democratic Forces now control more than half of its most important remaining stronghold Raqa.

Trump seeks communications chief, but he has final word