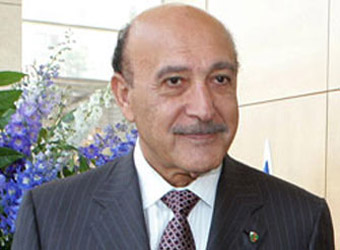 Customs officials searched the passenger’s bags upon arrival. He is requested to pay customs fees for the packages as it is suspected that the contents will be used for commercial purposes.

The passenger was allowed to leave the airport while the packages will be inspected further, as the manufacturer and sender of the shirts remains unknown.

Suleiman’s relations with Saudi Arabia have been a source of controversy since the fall of President Hosni Mubarak in February 2011. Suleiman made his first foreign visit following the 25 January revolution to Saudi Arabia in November 2011. The visit was shrouded in secrecy.

Alaa Al Aswany, an Egyptian novelist and public intellectual, alleged in Al-Safir Lebanese newspaper on Tuesday that “Suleiman is supported by the king of Saudi Arabia, who sent him his private plane and hosted him for discussions although [Suleiman] does not hold any official post.”