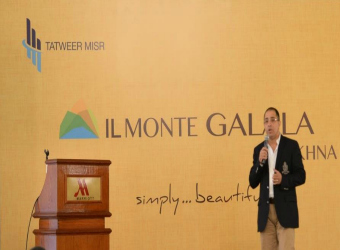 He added during a press conference that his company has achieved contractual sales of 7 billion pounds so far.

Shalaby noted that a total value of 4.5 billion pounds has been scoured during the current year which is reflecting the success achieved by the company during the two years of its presence in the local  market.