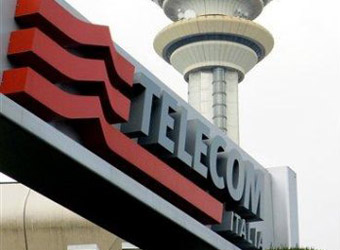 Telecom Italia’s chairman, its independent directors and Italian politicians spoke out on Wednesday against suspected plans by top shareholder Telefonica to sell some of the company’s most valued assets once it has won control.

The widespread criticism came a day after Telefonica clinched a deal with three Telecom Italia investors to gradually take full control of its rival and its lucrative assets in South America, without having to make an offer to other shareholders.

It points to a stormy board meeting on Oct. 3, where the different factions will debate how Telecom Italia should cut its near 29 billion euros ($39.17 billion) of debt and fight back from years of sluggish growth in its recession-hit home market.

And it could also pile pressure on the Italian government to step in, after junior economy minister Antonio Catricala on Monday ruled out intervening to keep the former state monopoly under national control.

In a sign of how high tensions could be rising Italian President Giorgio Napolitano met with Telecom Italia Chairman Franco Bernabe on Wednesday.

Bernabe, who has run the firm since 2008, said on Wednesday its best option was to raise money from investors to avoid a costly credit rating downgrade to “junk” status. Asset sales might take too long, he added.

“There is a lot of liquidity, there are favourable conditions for a capital increase,” Bernabe told the Italian Senate in a hearing, adding such a move could be open to new and existing investors, without specifying the amount.

A trade union official has told Reuters that management is preparing an ambitious plan of investment in Italy which, if approved, could require a cash injection, worth – according to a source familiar with the matter – between 3 and 5 billion euros.

However Telefonica, itself burdened by nearly 50 billion euros of debt while its German arm is also in the midst of a costly acquisition, is seen as more inclined to support asset sales at Telecom Italia rather than stumping up more cash.

A sale of all or parts of Telecom Italia’s unit in Brazil, TIM Participacoes, which competes directly with Telefonica in the South American country, or of its Telecom Argentina unit could be options to raise badly needed cash, analysts have said.

But Telecom Italia’s five independent directors spoke out against selling off businesses in fast-growing markets.

“This is the case of Telefonica, a direct competitor of Telecom Italia in Argentina and Brazil, which risks forcing Telecom Italia to sell assets that are precious for its relaunch,” board member Luigi Zingales said on Wednesday.

The directors also criticised the deal to give control of Telecom Italia to Telefonica, saying its terms brought benefits only to a few shareholders, without taking into account the majority of investors.

Telefonica, together with Italian investors Generali, Intesa Sanpaolo and Mediobanca, controls Telecom Italia’s 14-strong board via a holding company, Telco, which has a stake of only about 22 percent in the group.

The Spanish firm, whose deal on Tuesday to gradually take full control of Telco depends on the approval of competition regulators, declined to comment on its plans for Telecom Italia.

Analysts and people familiar with the matter have said it would favour asset sales over a capital increase, which could cost it more money or cut its influence in Telecom Italia.

The board of Telecom Italia has already rejected tie-up proposals from Egyptian tycoon Naguib Sawiris and Hutchison Whampoa that were backed by Bernabe.

Sources close to the matter have said that AT&T and others could be interested in taking over Telecom Italia amid a shake-up in the telecoms industry.

Doubts have been raised by some politicians about a Spanish operator controlling Telecom Italia’s fixed-line access network, seen as a strategic asset.

“Telecom is a private company that responds to its shareholders and so the role of the government, at least in a preventive phase, is very modest,” said Italian Economy Minister Fabrizio Saccomanni speaking on Italian television on Wednesday.

But he said that procedures to defend certain assets of strategic importance, even for companies that were not state owned, could be implemented more quickly, adding governance rules for the fixed-line network needed to be changed.

“I believe that … the network can be spun off and a role for a public shareholder established,” he said.