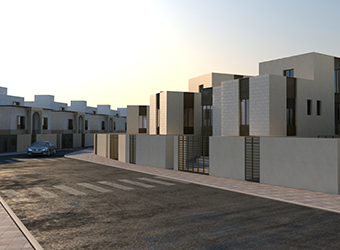 Three Egyptian real estate executives told Reuters on Thursday that their companies have suspended housing deals with the Saudi Arabia’s government amid political tensions between the two countries.

Al Ahly for Real Estate Development, Talaat Mostafa Group, Misr Italia, and Orbit Group were to build housing units in Saudi Arabia. Details of the deals were not clear, but local media had said each firm would build between 10,000 to 15,000 units.

Since then, political differences have emerged as the two Arab powers have diverged on the conflict in Syria, and an Egyptian court blocked the transfer of two Red Sea islands to Saudi Arabia which Cairo had agreed during Salman’s visit.

“We suspended the agreement with the Saudi Housing Ministry despite all project studies being concluded because of worries over tensions between Egypt and Saudi Arabia,” Al Ahly for Real Estate Development Chairman Hussein Sabour told Reuters.

Misr Italia Deputy Chairman Mohamed al-Assal said his company was no longer in contact with Saudi Arabia over the deal.

“The agreement was cancelled due to a lack of cooperation from the Saudi side and a breakdown in communications between both sides since last June,” al-Assal told Reuters.

Orbit Group also told Reuters its agreement with Saudi Arabia was suspended but declined to provide details. Talaat Mostafa Group has not said that it has suspended work, and did not respond to requests for comment.

Officials from the Saudi foreign and housing ministries did not immediately respond to requests for comment.

Signs of political disagreements between Egypt and Saudi Arabia became apparent months after the two countries signed various agreements worth $22.6 billion during Salman’s visit in April.

Egypt voted in favour of a Russian-backed U.N. resolution on Syria in October that excluded calls to stop bombing Aleppo, which Saudi Arabia strongly opposed.

An Egyptian court rejected last month a government plan to transfer two uninhabited Red Sea islands to Saudi Arabia, a final ruling that deepened tensions between the Arab World’s most populous state and its richest.

Officials from both countries deny the existence of tensions or disagreements.

Addressing the skills shortage from the inside out