Three US troops killed, one injured by Afghan soldier: officials 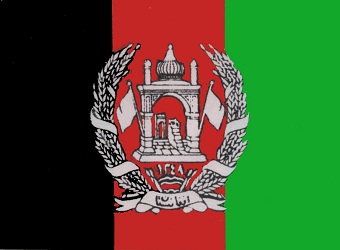 Three American soldiers were killed and one injured on Saturday when an Afghan soldier shot them in eastern Afghanistan, officials said.

The shooting occurred in the Achin district of Nangarhar province, where U.S. special forces have been fighting alongside Afghan troops against Islamic State (ISIS) and Taliban militants, said Attaullah Khogyani, a spokesman for the Nangarhar provincial governor.

The Afghan soldier was killed in the incident, Khogyani said.

“The cause of the shooting is not clear. An investigation has already begun,” he said.

A Pentagon statement confirmed that three U.S. soldiers had been killed in eastern Afghanistan and one wounded soldier had been evacuated for medical treatment. The statement provided no further details of the incident but said it was under investigation.

One U.S. official, speaking on the condition of anonymity, confirmed that the incident was a “green-on-blue” attack by a member of the Afghan security forces in Nangarhar province.

So-called “green-on-blue” insider attacks by Afghan soldiers on international service members were a major problem several years ago, but now occur less frequently after security measures were improved and the number of foreign troops in the country fell sharply.

In March, three U.S. soldiers were wounded when an Afghan soldier opened fire on them.

The attack comes as U.S. President Donald Trump’s administration weighs an increase in troops in the war-torn country.

Reuters reported in late April that Trump’s administration was carrying out a review of Afghanistan and conversations are revolving around sending between 3,000 and 5,000 U.S. and coalition troops to Afghanistan.

Deliberations include giving more authority to forces on the ground and taking more aggressive action against Taliban fighters. This could allow U.S. advisers to work with Afghan troops below the corps level, potentially putting them closer to fighting, a U.S. official said.

Earlier this year, the top U.S. intelligence official said the security situation in Afghanistan will further deteriorate even if there is a modest increase in U.S. military support for Afghanistan.

In some cases Afghan troops have been forced to abandon more scattered and rural bases, and the government can claim to control or influence only 57 percent of the country, according to U.S. military estimates from earlier this year.

U.S. and Afghan troops have been battling militants in the Nangarhar province for months.

Islamic State, or Daesh as it is generally known in Afghanistan, has established a stronghold in the region, which borders Pakistan. U.S. military officials estimate there are about 600 to 800 Islamic State fighters in Afghanistan, mostly in Nangarhar, but also in the neighboring province of Kunar.

A White House spokesman said Trump was following the emerging situation in Afghanistan where the soldiers were killed.

Taliban spokesman Zabihullah Mujahid said the shooter was a member of the militant group and had killed four Americans and wounded several more.