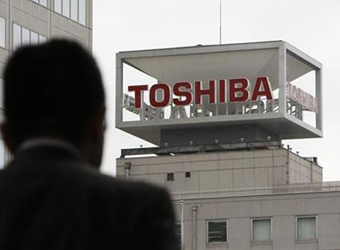 Toshiba Corp reported a 76 percent jump in second-quarter operating profit on Thursday, driven by a strong performance from its memory chip unit which it recently agreed to sell for $18 billion.

That beat a Thomson Reuters Starmine SmartEstimate of 124.47 billion yen drawn from the forecasts of five analysts. SmartEstimates give greater weight to recent estimates by the more consistently accurate analysts.

Toshiba also said it would raise its capital investment in the chip business for this financial year to 600 billion from a previous plan of 400 billion yen, mainly to speed up the installation of a memory chip production line at Yokkaichi.

Toshiba maintained its operating profit forecast for the year ending March at 430 billion yen, versus a 480 billion yen average of 12 analyst estimates.

As flagged last month, the company said it expects an annual net loss of 110 billion yen due to taxes related to the sale of the memory chip unit.

That does not reflect expected gains from the 2 trillion yen sale as the deal has yet to receive regulatory approval.

Toshiba, desperate for funds to cover liabilities arising from it U.S. nuclear unit Westinghouse, agreed in late September to sell the unit – the world’s second biggest producer of NAND flash memory chips – to a group led by Bain Capital.