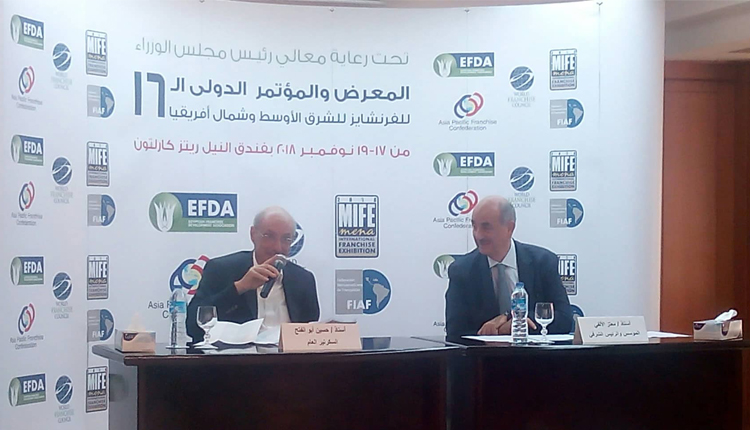 The volume of investments in the franchise sector and its feeding industries reached 170 billion Egyptian pounds, of which 90 billion pounds for the feeding industries, Moataz Al Alfi, the founder of the  Egyptian Franchise Development Association said

For his part, Hatem Zaki, head of the World Franchise Council (WFC) General Secretariat, noted that there are about 800 franchise chains operating in Egypt, 55% representing foreign brands, and 45% representing domestic brands.

on the other hand, Cairo will host the meetings of the World Franchise Council (WFC), represented by the Egyptian Franchise Development Association (EFDA), as well as 46 global franchise association representing 43 countries in addition to the Asia-Pacific Franchise Confederation (APFC), the European Franchise Federation (EFF) and the American Association of Franchisees and Dealers (AAFD).