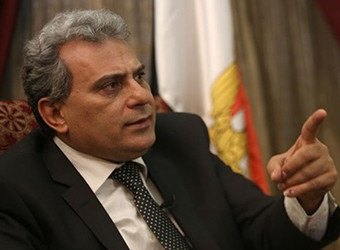 President of Cairo University Gaber Nassar said Sunday that a two-day international tourism and physiotherapy conference in Red Sea resort of Sharm El-Sheikh sent a message that Sharm El-Sheikh is safe for tourism.

The conference, which concluded Saturday evening, was organised by Cairo University and attracted dozens of travel agents and renowned physiotherapists from the Arab world, Western Europe, the United States and Canada.

Nassar said that Sharm El-Sheikh was able to quickly recover from the blow to its tourism caused by the 2015 crash of a Russian plane in Sinai and regain its high levels of tourist traffic.

Nassar said he was happy that European countries such as Germany recently decided to resume direct flights between their cities and Sharm El-Sheikh.

A number of European countries had imposed restrictions on travel to Sharm El-Sheikh shortly following the crash.

Nassar urged England, the only country other than Russia to have a travel ban on the Red Sea resort still in effect, to resume direct flights to Sharm El-Sheikh.

Maher El-Qabalawi, professor of physiotherapy at Cairo University, said the conference gave international travel agents a chance to see for themselves that Sharm El-Sheikh has all the potential necessary to attract tourists from around the world at record numbers.

El-Qabalawi said the conference also recommended that physiotherapists play a greater role in rehabilitating and treating victims of terrorism.

“It was agreed at the conference that therapists should do more to physically and psychologically rehabilitate all those seriously injured by terrorist acts,” said El-Qabalawi.

El-Qabalawi said the conference also recommended that legislation on physiotherapy in Arab countries should be amended to keep pace with modern techniques and systems used in Western Europe and the United States.

Sisi to meet with Trump in Washington first week of April