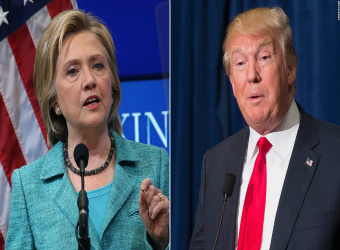 President-elect Donald Trump plans to nominate Rod Rosenstein, the U.S. attorney in Maryland, for the job of deputy attorney general, according to a source familiar with the matter.

If confirmed in the No. 2 spot at the Justice Department, Rosenstein would be in charge of any investigation into Hillary Clinton, after Trump’s choice for attorney general, Senator Jeff Sessions,

It comes during Trump’s confirmation hearing on Tuesday that he would recuse himself from any Clinton-related matters.

Clinton, the Democratic candidate who lost the presidential election to Republican Trump, was the subject of a federal investigation into her use of a private email server while Secretary of State that ended without any charges being filed.

Rosenstein was appointed to his current post by Republican President George W. Bush in 2005, and remained there during the administration of Democratic President Barack Obama.

The Trump transition team did not immediately respond to a request for comment.