Turkey not satisfied with talks with U.S. on Syria ‘safe zone’ 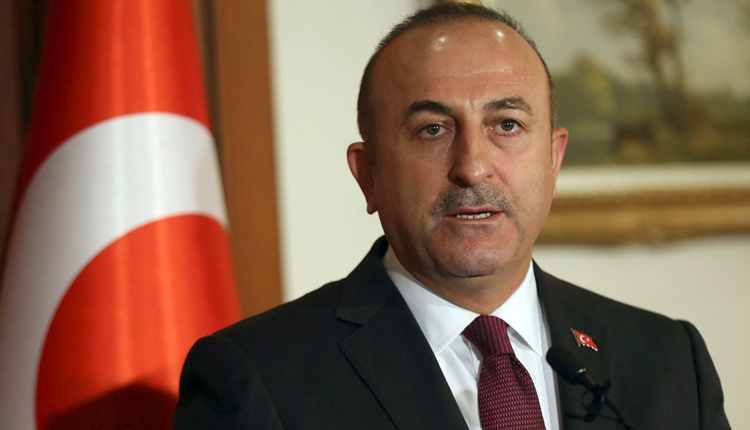 Turkey is not satisfied with talks with the United States on establishing a “safe zone” in northern Syria and will act alone if there is no progress, Foreign Minister Mevlut Cavusoglu said on Friday.

Ankara has repeatedly threatened to act against the Syrian Kurdish YPG militia, which it deems a terrorist group, unless its NATO ally removes the fighters from a 480-km (300-mile) long area on the Syrian side of its border.

“We are not pleased with the current state of efforts and we have conveyed this to the Americans very clearly,” Cavusoglu told reporters after the U.N. General Assembly in New York.

“If we cannot find a way with the United States, we will clear out the terrorist organization,” he told the briefing, broadcast live on Turkish television.

The two countries have started joint land and air patrols along part of Syria’s border with Turkey, but Ankara remains angry with Washington’s support for the YPG, which has been a key ally in its fight against Islamic State in Syria.

Earlier on Friday, Turkish President Tayyip Erdogan was reported as saying that Turkey’s work on the safe zone was on schedule and its military preparations along the border were complete.

“Turkey is not a country that can be stalled,” broadcaster NTV cited him telling reporters as he returned from New York.

On the sidelines of the General Assembly, U.S. Special Envoy to Syria James Jeffrey told reporters that Washington was moving as fast as possible, but added:

“We’ve made it clear to Turkey at every level that any unilateral operation is not going to lead to an improvement in anyone’s security … The Turks have an option, of course, to act militarily.”

The YPG-led Syrian Democratic Forces alliance has said it will pull back up to 14 km (8.7 miles) in some areas, but Turkey says the United States agreed that the safe zone should extend 30 km (18.6 miles) into Syria.

Erdogan had said that, while at the United Nations, he would discuss the safe zone and the possibility of buying U.S. Patriot defense systems with U.S. President Donald Trump.

But the leaders instead held a telephone call last week and met at a reception in New York on Wednesday, Erdogan said on Friday without elaborating, according to NTV.

Bilateral ties have been strained over a host of issues, including Syria and the threat of U.S. sanctions over Turkey’s decision to buy the Russian S-400 missile defense system.

Washington has suspended Turkey from its F-35 fighter jet program over the deal and has not ruled out sanctions.

However, Cavusoglu told reporters on Friday that Washington was considering restoring Turkey to the F-35 program.

On Tuesday, CNN Turk reported that the U.S. ambassador to Ankara had given a presentation at the presidential palace about a possible free-trade accord that would include participation in the F-35 program as well as the Patriot purchase.

However, Erdogan said on Friday that the countries had not discussed the details of such an agreement.