Turner will create shows for Snapchat in expanded collab 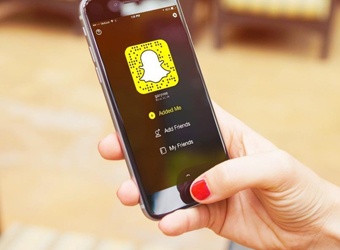 Turner Broadcasting System Inc will create more video content for mobile app Snapchat and collaborate with the social media company on advertising, Turner said on Wednesday, as they expand a partnership to broaden their reach among millennials.

TV networks of the Time Warner Inc unit, including TBS and Adult Swim, will create original series exclusively for the unit of Snap, Inc, the broadcaster said in a statement.

The companies also renewed their March agreement for Snapchat to create Live Stories, collections of user-submitted photos and videos centered around a specific event, with sports shows from Turner. The shows include the National Collegiate Athletic Association (NCAAA) Division I Men’s Basketball Championship and the Professional Golfers’ Association (PGA) Championship.

Turner will lead sales efforts for Live Stories and shows, while Snapchat will take the lead for sponsorships on the Discover channels.

Turner formed the partnership with Snap in 2015, and forged links with other digital media companies, to court younger viewers who prefer mobile gadgets to television. Turner said its networks reach more than 75 percent of millennials each month, the same audience that Snapchat targets.

The partnership began with the launch of Snapchat’s Discover feature which allows companies to offer and manage their own content. The original channels included Turner’s CNN and Bleacher Report, a San Francisco-based sports news website.

Bleacher Report, which had been available worldwide except in the United States, France and Australia, will launch a U.S. Discover channel on Jan. 4. CNN will increase its content on Discover.

Snap has partnered with multiple traditional U.S. media companies, including Viacom Inc and Comcast Corp’s NBCUniversal, as it prepares to go public early next year.