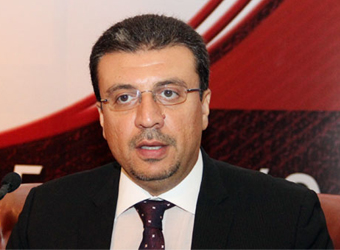 TV presenter Amr Ellissy travelled to the United Arab Emirates on Wednesday after his name was removed from an official travel-ban list, MENA quoted sources at Cairo airport as saying.

In late November, Egyptian authorities prevented Ellissy from traveling to the United Arab Emirates upon a decision from the public prosecutor’s office, informing him that his name has been placed on a travel-ban list.

Ellissy is the host of a TV show called One of the People, broadcast on the privately owned Al-Hayat satellite TV channel, which has recently provoked widespread controversy.

In an episode last October, He conducted a man-on-the-street interview with a Tuk Tuk driver who spoke angrily about the economic and political situation in Egypt, slamming successive administrations for nearly four minutes.

The driver criticized government expenditure on national mega-projects and celebrations that exceeds spending on education.

After the episode aired, the interview went viral on social media platforms, triggering a public debate.

Ellissy was widely criticized by viewers and social media users who claimed that the interview was staged.

Official arrested in bribery case is not a judge: State Council