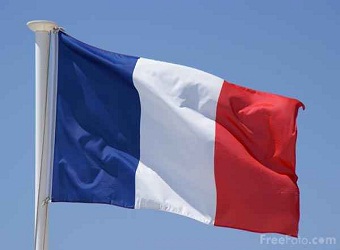 A French woman in her sixties who murdered her husband in 2012 has been released after a second intervention by President Francois Hollande.

Jacqueline Sauvage suffered decades of abuse and became a cause celebre, prompting a campaign for her release.

Mr Hollande issued a partial pardon at the end of January but the courts twice rejected applications for her release.

He has now given Ms Sauvage a complete pardon and she was freed from jail early on Wednesday evening.

Now aged 69, she had been serving a 10-year sentence at Reau prison, to the south-east of Paris.

“I’ve decided to grant Jacqueline Sauvage a pardon of the rest of her sentence. This pardon puts an immediate end to her detention,” the president tweeted.

In a further statement from the Elysee Palace, he said he felt her place was with her family and not in jail.

Campaigners were overjoyed by the news. But Virginie Duval, the head of the French union of magistrates, complained that the president had acted “to please public opinion”, pointing out that the judiciary had followed the law when it rejected Ms Sauvage’s appeals.

In August, a local court rejected a plea for parole and its ruling was backed up last month by the court of appeal in Paris.

Ms Sauvage’s daughters had fought for her release ever since she was jailed in 2014, insisting that she had been brutally treated throughout her marriage by her husband Norbert Marot. When her son committed suicide, she picked up a gun the following day and shot him.

Justifying its decision to reject her application for parole in August, the local court at Melun explained that Ms Sauvage had not done enough to show remorse.

She could not expect to live in an environment which, because of the media coverage of her case, “would risk maintaining her in the position of victim”.

But Ms Sauvage’s case attracted the support of 434,000 people who signed an internet petition as well as dozens of MPs, from both left and right.

It also secured the backing of President Hollande, who met her three daughters and gave her a partial pardon, which is part of the constitution but used very rarely.

His initial pardon in January was for her sentence to be reduced to a minimum, allowing for the judiciary to decide when she should be freed. His final decision called for her immediate release.