Official arrested in bribery case is not a judge: State Council 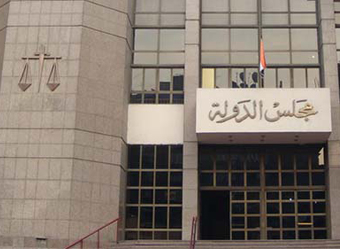 Egypt’s State Council issued a statement on Wednesday stressing that Gamal Ibrahim El-Laban, the head of its procurement department who is involved in a bribery scandal, is not a member of the council’s juidicary committee.

The council called on media outlets to be “cautious and accurate” when reporting news on this matter and await the results of an official investigation, while asserting that the council will not spare any efforts in defying corruption.

On Wednesday morning, Egypt’s prosecution ordered the detention of a State Council official for four days pending investigations following the seizure of millions of pounds and dollars at his house, a prosecution statement read.

El-Laban was allegedly arrested while in the process of receiving a bribe on Tuesday.

The State Council is a judicial body that gives legal advice to the government, drafts legislation, and exercises jurisdiction over administrative cases.

Two others were arrested with El-Laban, but their identities have yet to be revealed by the prosecution.

Upon searching El-Laban’s house, the Administrative Control Authority (ACA), which is responsible for enforcing laws and regulations within state bodies, found him in possession of EGP 24 million, $4 million, 2 million euros and one million Saudi Riyals, in addition to gold accessories, real-estate bonds and cars.

Official pictures of the piles of money found in El-Laban’s possession went viral on social media and were featured in all late-night talk shows.