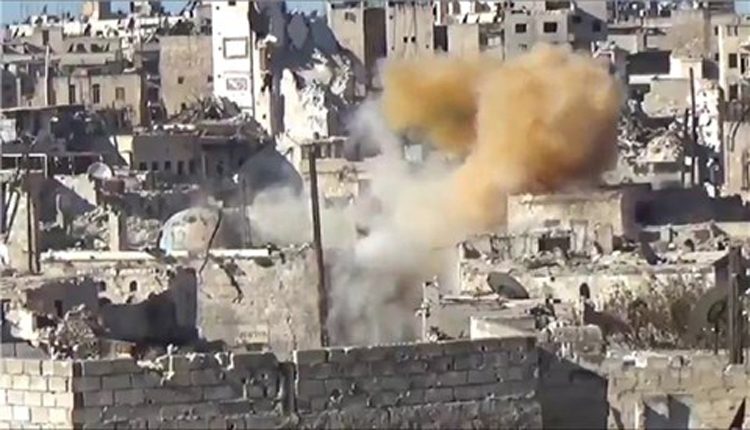 The U.S.-led coalition fighting Islamic State militants in Syria said it struck a mosque on Monday that was being used by the group as a command center, the second such incident in less than a week.

“A coalition strike destroyed several buildings used by Daesh to launch attacks…One of those facilities used by Daesh was a mosque that was being used as a defensive fighting position and command center,” a statement from the coalition said, using an Arabic-language acronym for Islamic State.

The strike took place in As Susah, Syria.

On Sunday, the coalition said it had killed militants in eastern Syria by striking a mosque that Islamic State used as a base.

The United States has led an international coalition conducting air strikes against Islamic State since 2014. U.S. troops have served as advisers on the ground with Iraqi government forces and with Kurdish and Arab groups in Syria.

The Syrian Observatory for Human Rights said air strikes killed 41 people, including 10 children, in eastern Syria and its environs on Thursday and Friday. Many were Iraqi relatives of Islamic State fighters, the UK-based monitor said.

However, the coalition said the strike on Thursday killed 12 militants, disabling a command center they had used to attack coalition forces and their allies.

“As the second coalition strike on an active Daesh fighting position originating from a mosque in less than a week, Daesh demonstrates desperation and the willingness to misuse protected structures to launch military attacks against SDF (Syrian Democratic Forces) and coalition forces,” the Monday statement said.

Egypt’s foreign debt seen a rise of 15% during…