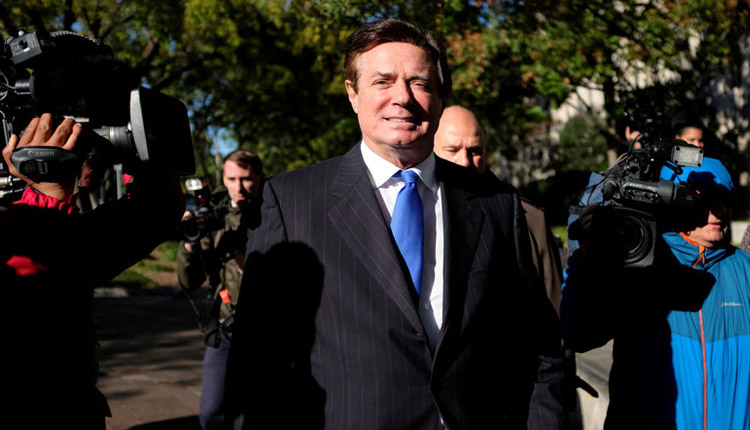 U.S. prosecutors said on Friday President Donald Trump directed his personal lawyer to make illegal hush payments to two women ahead of the 2016 election, and also detailed a previously unknown attempt by a Russian to help the Trump campaign.

The documents turned up the heat on Trump by confirming prosecutors’ belief of his involvement in a campaign finance violation, while adding to a growing list of contacts between campaign aides and Russians in 2015 and 2016, legal experts said.

“In total, the prosecutors seem to be saying the president was more aware than he has claimed to be,” former federal prosecutor Michael Zeldin said.

Prosecutors in both of the Cohen cases were required to submit separate memos on Friday on his cooperation to U.S. District Judge William Pauley in Manhattan, who will decide on the former lawyer’s sentence on Dec. 12.

It said Cohen made the payments in “coordination with and the direction of” Trump.

Democrats jumped on that assertion and called for steps to protect Mueller’s probe into possible collusion between Russia and Trump’s presidential campaign.

“These legal documents outline serious and criminal wrongdoing, including felony violations of campaign finance laws at the direction of President Trump,” Senator Diane Feinstein said in a statement.

The president has denied any collusion with Russia, and accuses Mueller’s prosecutors of pressuring his former aides to lie about him, his campaign and his business dealings. Russia has denied interfering in the election to help Trump.

In new tweets on Friday, Trump accused federal investigators and senior officials of having conflicts of interest, without offering evidence. White House spokeswoman Sarah Sanders called Cohen a liar and dismissed the filings as insignificant.

“The government’s filings in Mr. Cohen’s case tell us nothing of value that wasn’t already known,” Sanders said.

Last week, Cohen admitted to lying to congressional investigators in an attempt to minimize his efforts to secure the Kremlin’s help for a Trump skyscraper in Moscow. He has said he did so to stay in sync with Trump’s political messaging, and that he consulted with the White House while preparing to testify to Congress.

Mueller said on Friday that Cohen repeated his false statements about the project in his first meeting with Mueller’s office, admitting the truth only in a later meeting in September after he had pleaded guilty to the separate New York charges.

On Friday, Mueller said Cohen’s false statements to Congress had “obscured the fact” that the skyscraper project held the potential to reap “hundreds of millions of dollars from Russian sources” for the Trump Organization.

Mueller said that discussions about the potential Moscow development were relevant to the investigation because they occurred “at a time of sustained efforts by the Russian government to interfere with the U.S. presidential election.”

In addition to coming clean on the Moscow project, Cohen provided information to Mueller about several attempts by Russians to contact the Trump’s campaign, according to Friday’s filing.

In November 2015, Cohen spoke with a Russian national who said he could offer the campaign “political synergy” with Russia and repeatedly proposed a meeting with Putin. Cohen did not follow up on the offer, the filing says.

Mueller also said in the filing that Cohen had provided “relevant and useful information concerning his contacts with persons connected to the White House” in 2017 and 2018.

Mueller also detailed alleged lies told by Manafort during interviews with prosecutors and the FBI. Last month Mueller voided Manafort’s plea agreement because, they said, he was not telling the truth.

They said Manafort told “multiple discernible lies,” including about his communications with a political consultant will alleged ties to Russian intelligence, and about interactions with Trump administration officials even after Manafort was first indicted in late 2017.

The filings followed a sentencing memo earlier this week regarding Trump’s former national security adviser, Michael Flynn, who Mueller praised for providing “substantial” cooperation and argued for no prison time.

Cohen had been hoping prosecutors would make a similar recommendation in his case. But the New York prosecutors were unsparing in their descriptions of his conduct, saying he was motivated by “personal greed” and that he “repeatedly used his power and influence for deceptive ends.”

They said Cohen should receive some credit for cooperating with Mueller but noted he had not entered into a similar agreement with their office. They said his sentence should reflect a “modest” reduction from the four to five years they said federal guidelines would suggest.

Mueller, for his part, praised Cohen for voluntarily providing information about his own and others’ conduct on “core topics under investigation” and described the information as “credible and consistent with other evidence” they had obtained.

Considering that cooperation, Mueller suggested the sentence for lying to Congress run concurrently with the sentence in the New York case.

Youth, women at the heart of Africa 2018 Forum in Egypt’s Sharm El-Sheikh