UAE Premier: Egypt’s Sisi Could Run As a Civilian 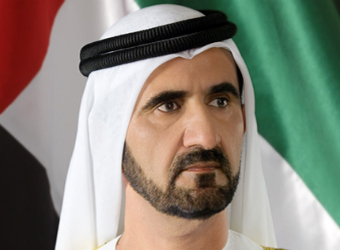 The United Arab Emirates prime minister said on Monday Egypt’s army chief should not run as a military man for president, but if he stood as a civilian that would be a personal matter, the Gulf state’s official news agency reported.

A story outlining the views of premier Sheikh Mohammed bin Rashid Al Maktoum appeared on the WAM agency several hours after he gave an interview to the BBC, in which he was quoted as saying Sisi was better off staying in the military than running for president.

They have since given Egypt billions of dollars in economic aid.

Sisi, who removed Morsi in July after mass protests, gave his clearest indication yet on Saturday that he will run for the presidency.

The WAM story quoted an official source in Sheikh Mohammed’s office as saying:

“His Royal Highness’s brotherly advice is that General al-Sisi should not run as a military man for the post of the presidency. However his nomination as a civilian, in response to the demands of the people, that is a personal affair that only concerns General Sisi.

“The source … affirmed that the UAE respected the will of the Egyptian people and supports their political choices.”

In his earlier comments reported by the BBC, Sheikh Mohammed, who is also the ruler of Dubai, also said Egypt was better off without Morsi.

In Cairo, the Egyptian Foreign Ministry declined to comment.

Dubai Ruler Calls For Iran Sanctions To Be Lifted: BBC

Egypt Will Vote a Symbolic ‘Yes’ to Stability