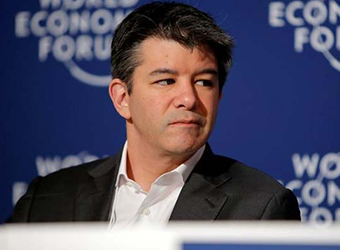 Bonnie Kalanick, the mother of Uber CEO Travis Kalanick, died on Friday evening as a result of injuries sustained in a boating accident near the waters of Fresno, California.

A letter distributed to Uber employees on Saturday stated that both of Kalanick’s parents were sailing on Friday evening when disaster struck. Uber did not disclose the circumstances behind the accident, but called it an unthinkable tragedy.

The accident claimed Bonnie Kalanick’s life, while seriously injuring her husband, Donald. He is being treated at a local hospital, the company said. A report in The Daily Mail stated that police believe the boat was sailing in an area known as Pine Flat Lake, and struck a rock before it sunk to the bottom.

The couple were veteran boaters who had sailed in the local waters for many years, a spokesman told CNBC. The incident comes during a particularly turbulent time for Uber’s chief, who is enduring multiple challenges amid questions about his leadership style and the company’s culture.

“Our thoughts and prayers are with Travis and his family in this heartbreaking time,” Uber’s statement read.

Here is Uber’s message to its employees, in full: “I’m writing to share some heartbreaking news.Last night Travis’ mother died in a tragic boating accident near Fresno. His father, who was also on the boat, is in serious condition and is being treated at the hospital. This is an unthinkable tragedy as everyone in the Uber family knows how incredibly close Travis is to his pare. Our thoughts and prayers are with him and his family, and we wanted to let his Uber family know right away. I know we all want to do whatever we can to help, and I’ll communicate again as soon as there is something we can share.”