Uber just opened up its books for the first time 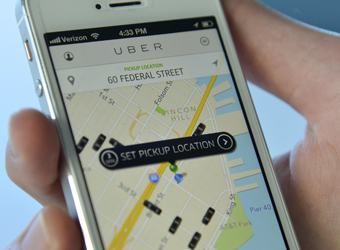 Uber Technologies revealed a glimpse at its finances for the first time Friday, saying that its revenue growth is outpacing losses, according to a report from Bloomberg.

The ride-hailing company said that its gross bookings reached $20 billion last year, more than double the figure from the year prior. Net revenue came in at $6.5 billion in 2016, while its net loss was $2.8 billion, excluding its former China business, Bloomberg said.

The privately held company is not required to reveal its financial results.

“We’re fortunate to have a healthy and growing business, giving us the room to make the changes we know are needed on management and accountability, our culture and organisation, and our relationship with drivers,” Rachel Holt, who runs Uber’s U.S. ride-hailing business, told Bloomberg.

Uber has been hit by a wave of executive departures and intense public criticism in recent months, including claims of sexual harassment and questions about the behavior of its Chief Executive Officer Travis Kalanick.