UK ministers to meet to hammer out agreement on Brexit backstop 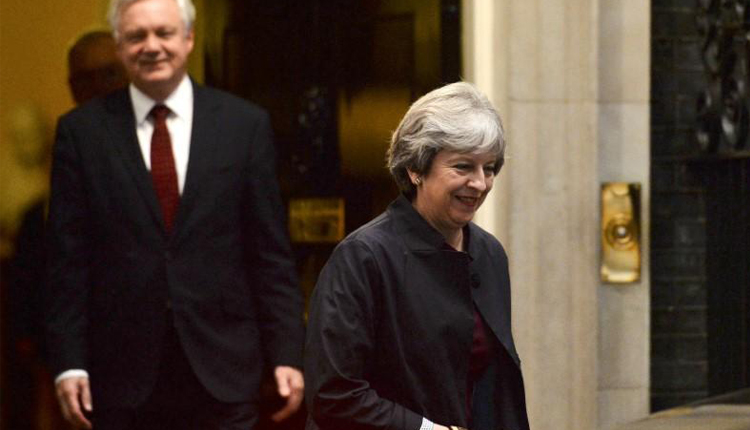 British ministers will meet on Thursday to try to hammer out an agreement over a “backstop” plan for the Irish border after concerns were raised by the Brexit minister that a current proposal would keep Britain tied to the EU indefinitely.

Ten months before Britain is due to leave the European Union, May is struggling to unite her ministers over the backstop plan – an arrangement that would essentially keep Britain in the bloc’s customs union after a transition period in case of any delay in the implementation of a Brexit deal.

The so-called Brexit war committee was expected to meet on Thursday after Brexit minister David Davis, according to one source close to the government, “had gone bananas” over the proposal because it contained no end date.

Pro-Brexit campaigners fear that even though the proposal is time-limited, there is no timeframe built in, which could see Britain staying in the EU’s customs union indefinitely.

At the heart of the problem is ensuring there is no hard border between the British province of Northern Ireland and EU member Ireland, which some say could disrupt a peace agreement to reduce sectarian conflict in the north.

Davis has not commented directly on the source-based reports of his anger and on Wednesday the Brexit minister said the backstop proposal was still being discussed, but he expected a “decisive” conclusion to the talks on Thursday.

Time is pressing in the Brexit talks, which have all but stalled as May tries to overcome the divisions not only in her cabinet of ministers but also in her Conservative Party.

She has tried to persuade doubters over the proposal that it is a backstop plan – something that the government does not intend to use as ministers expect to have secured a workable deal later this year.

But one pro-Brexit campaigner said the fear was the backstop plan would put Britain “in purgatory”, essentially still in the EU’s customs union but with no rights.