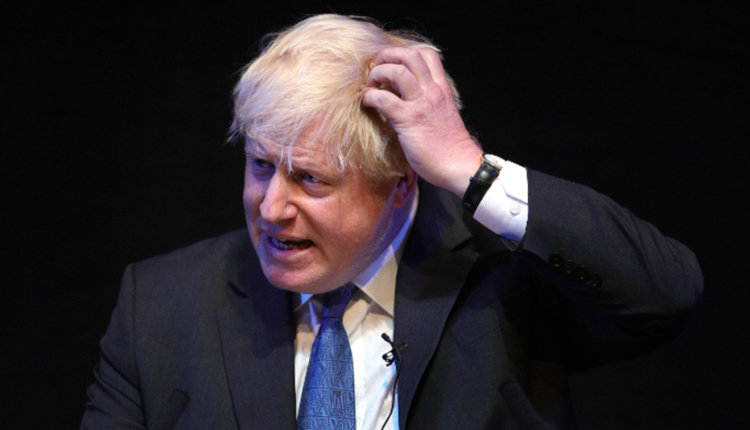 U.K. Prime Minister Boris Johnson has defended his government’s proposals for an amended Brexit deal after extracts of the plan were reported by media outlets and criticized by the Republic of Ireland.

Media reports on Monday and early Tuesday suggested the U.K. government had suggested to the EU that there could be customs posts on either side of the border — but not on the actual border — between Northern Ireland and the Republic of Ireland as a way to get round the contentious Irish “backstop” issue (to avoid a physical hard border on the island of Ireland).

The plans have been criticized by ministers in Dublin.  Irish broadcaster RTE, which first published a report on the proposals, said EU officials felt the U.K. was seemingly retreating from commitments to avoid a hard border and any physical infrastructure.

But Johnson defended the British government on Tuesday morning, saying the comments from Brussels and Dublin were not related to the final Brexit proposals that are due to be tabled later this week.

“As far as I can make out from what I’ve seen from the response from Brussels and I think Dublin, they’re not talking about the proposals that we’re actually going to be taking, they’re talking about some stuff that went in previously,” Johnson told the BBC.

The government will reportedly publish the legal text of the updated proposals in the next few days.

Citing unnamed government sources, the BBC said the plans will suggest creating “customs clearance zones” in Northern Ireland and the Irish Republic in a bid to get round the backstop issue which is seen as the main sticking point to a Brexit deal being approved by a majority of the U.K. Parliament.

The reports came as the ruling Conservative Party is meeting in Manchester for its annual party conference this week, and as Brexit continues to be a major challenge for the government.

When asked about progress in last-ditch negotiations with the EU, Johnson told CNBC’s Steve Sedgwick on Monday that “we’re working very hard.” Also speaking to CNBC at the party conference, Kwasi Kwarteng, a Conservative Party lawmaker and minister of state for business, energy and clean growth, also suggested that negotiations between Westminster and Brussels have progressed.

A majority of Members of Parliament (MPs) have defeated the government over a series of Brexit-related actions that would have enabled the government to take the U.K out of the EU on October 31 under whatever circumstances.

Johnson has repeatedly said the U.K. is leaving the EU on that deadline, however, repeating a mantra that will appeal to hardline Brexiteers in his party and those among the public that supported the leave vote in 2016.

It is widely expected that a general election could take place if a delay to Brexit is granted hence the U.K.’s political parties have broadly appeared to be election-mode in their annual party conference season.

Nonetheless, there is pressure on the government to look like it is working on an alternative, amended Brexit deal.

Saudi, Qatar rise on financials and petchems; other Gulf quiet