Egyptian Prime Minister Mostafa Madbouli visited on Saturday  Uniliver Mashreq plant among his tour of  a number of factories in 6th of October City accompanied by Minister of Industry and Trade Nevine Gamea.

FeatureInvestment
By Sanaa Allam On Jun 14, 2020 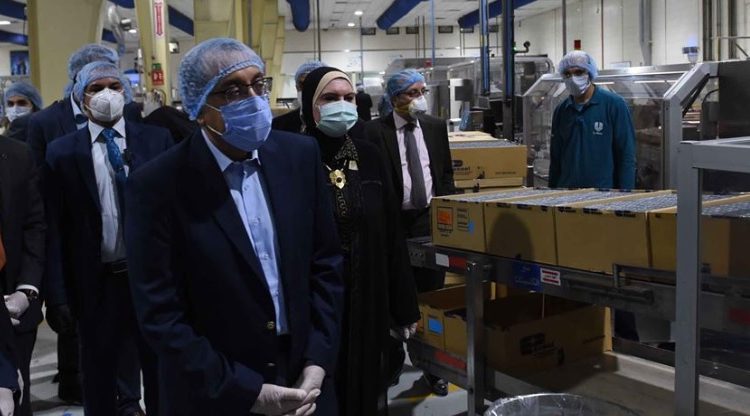 Uniliver Mashreq has investments worth 7 billion Egyptian pounds in the Egyptian market, including 1.5 billion pounds that have been pumped since 2016, according to its Managing Director Ashraf Bakry.

The investments were directed to expand on its production capacities as well as increasing its exporting capabilities. The company is currently exporting half of its production that reached 180,000 tons per annum with a value of $150 million, he added.

The company secures 22,000 direct and indirect jobs through its 5 factories located in 6th of October City and Alexandria’s Borg Al Arab. It has become the regional export center for Arab and African states as well as Russia, United States, and United Kingdom.

Egyptian Prime Minister Mostafa Madbouli visited on Saturday  Uniliver Mashreq plant among his tour of  a number of factories in 6th of October City accompanied by Minister of Industry and Trade Nevine Gamea.

The prime minister has set off on a series of tours to check on industrial establishments since the outbreak of COVID-19 upon the instructions of President Abdel Fatah al-Sisi.

Madbouli met with Uniliver Mahreq Managing Director Ashraf Bakry who stressed that his company is following all precautionary measures to prevent the spread of coronavirus among workers.

Bakry also stated that the only Uniliver toothpaste production line in the Middle East is in Egypt supplying to 45 countries. The company’s plants in Egypt also house a laundry detergent production line whose output is fully exported. The line was introduced in 2015.

Egypt has received more than 87,000 blood donor requests within 24 hours of campaign launch