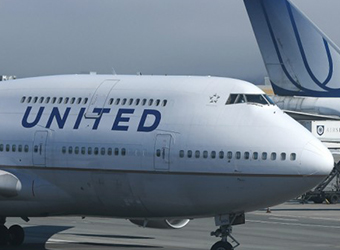 United Airlines’ parent, United Continential Holdings Inc. could suffer a lot more than just reputational damage in China, as videos of a passenger being dragged off a plane spread widely in the country where the air carrier has its second biggest revenue exposure.

The top trending story on microblogging service Weibo, sometimes called the Twitter of China, was the incident over the weekend in which a passenger identified as ethnically Chinese was forcibly “re-accommodated” to make room for another passenger.

Although the company’s statements that followed the incident made no mention of the passenger’s race, many of the comments posted on social media in China claimed discrimination, as the passenger reportedly alleged he’d been selected for removal because of his race, the Wall Street Journal reported.

Mainland China accounted for about 6.1% of United’s $36.6 billion in revenue over the last 12 months, according to an analysis conducted by FactSet, using a proprietary algorithm. That translates to about $2.2 billion in revenue from China, nearly double that of its top U.S. rivals.

The revenue that Delta Air Lines Inc. derived from China over the last year was about $1.3 billion, based on data provided by FactSet, while American Airlines Group Inc.’s revenue exposure was about $804 million.

This comes at a time at which the air carriers have appeared poised to enjoy improved profitability from their China exposure. Analyst Michael Derchin at Imperial Capital said that while demand was expected to remain strong, seat supply was likely to be constrained “as the capacity limits in the U.S.-China bilateral agreement are reached.”

Investors seemed Tuesday to finally have taken notice of potential consequences for United’s bottom line. After rising 0.9% on Monday, the stock closed Tuesday down 1.1% despite upbeat March traffic data, but pared earlier losses of as much as 4.4%. That compares with a 3.8% surge in American Airlines’ shares and a 0.7% gain in Delta’s stock in Tuesday trades.