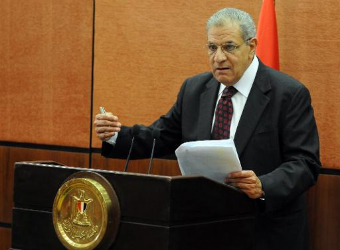 Twenty-three people have been killed as a long-running  tribal dispute between two tribes in Al-Seel Al-Refy district east of Aswan City was rekindled on Friday, Al-Ahram Arabic website reported.

Prime Minister Ibrahim Mehleb and Minister of Interior Mohamed Ibrahim are on their way to Aswan on Saturday to contain the situation, according to Al-Ahram.

The clashes between families of the Al-Halayel and Al-Dabodeya tribes also left 40 injured. Police managed to briefly stifle the armed fighting, but clashes resumed shortly after.

Egypt’s army spokesman, Ahmed Ali, posted a statement on his official Facebook page saying the crisis “is being contained” after the intervention of the armed forces along with the executive authorities of the governorate. He added that there are signs that the Muslim Brotherhood were involved in igniting the feud between the two tribes.

The interior ministry’s official Facebook account released a statement saying the dispute was sparked on Wednesday when a woman from one tribe was verbally harassed by men from a different tribe. A fight between tribal members was then broken up by police.

In what was meant to be a reconciliation session between both tribes on Friday, a verbal argument ensued, followed by a shootout between the two tribes, the statement read.

As a result of the violence, 17 schools in the area near the conflict were ordered to close on Sunday by Aswan’s governor.

Those injured on Friday were transported to Aswan University Hospital under tight security to avoid acts of vengeance from both sides, MENA reported.

Family feuds in Upper Egypt are not uncommon and can last across generations.

Morsi’s Trial on Charges of Killing Protesters Adjourned to Sunday