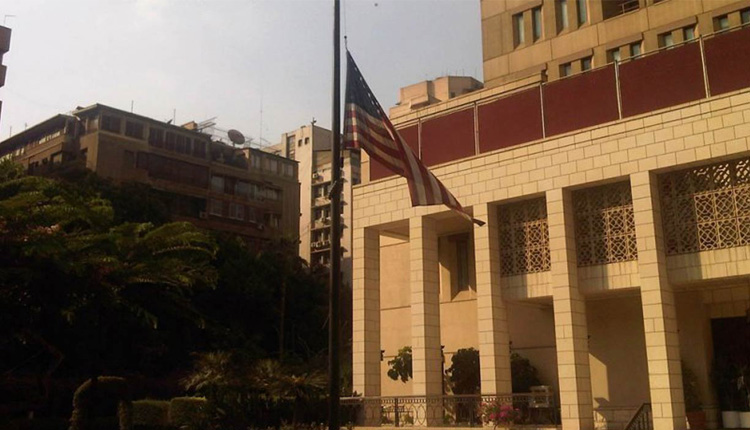 The US Embassy in Cairo briefly asked Americans to stay away from its premises on Tuesday after a suspected extremist was arrested near its premises.

“We are aware of a reported incident on Simon Bolivar Street in Cairo,” read the statement, asking citizens to avoid the area and monitor local media for updates.

A security source told Ahram Online that a 24-year-old man, Abdullah Abdel Samie, was arrested in the vicinity of Simon Bolivar Square, near the embassy, after a backpack he was carrying caught fire.

There was a bottle filled with inflammable material inside the backpack, the source added.

According to initial investigation, Abdel Samie holds “some extremist thoughts” which had promted him “to carry out hostile acts.”

The incident did not lead to any injuries or damage in the area.

In a tweet sent at approximately 2pm, the embassy, which is located next to Simon Bolivar Street in Garden City, said citizens should not come to the embassy “at this time.”

“We are aware of reports that public transportation near the area has been disrupted due to the incident,” it added.

In a tweet sent around an hour later, the embassy said that the police “have finished their investigations at the scene of the incident” and that the embassy “is resuming normal business.”

The embassy also asked that US citizens to exercise caution, suggesting they sign up for the Smart Traveler Enrollment Program (STEP) for security updates.