US firm places near $50bn jet order with Airbus, one of the biggest aviation deals in history 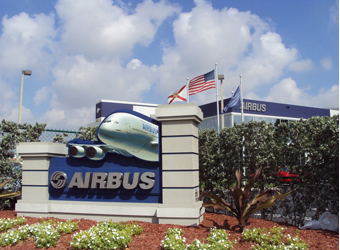 Airbus has turned its fortunes around at the Dubai Airshow with a mammoth order of 430 jets totalling $49.5 billion.

The deal includes aircraft for Wizz Air, Frontier Airlines, Jetsmart and Mexico’s Volaris. Indigo has stakes in all ‎four airlines.

“We’ve done a little research and we don’t ‎think there’s been a larger order ever,” Franke said at the press conference in Dubai on Wednesday.

While the list price of the aircraft is $49.5 billion, Airbus confirmed that “regretfully” the private equity firm did not pay that price, with the final cost not being revealed.

Franke added that the deal will be on a sale and lease-back basis and he will now seek financing before proceeding with the order.

The industry veteran added that he foresaw no problem securing the deal and that he was hopeful a firm contract order could be resolved by the end of this year.

The deal puts an emphatic full stop on the career of Airbus sales chief John Leahy who is set to retire after more than 20 years as the firm’s marketing boss.

During the announcement Leahy said the “incredible” bulk order for 430 aircraft would not affect Airbus’s current production rate.

“It’s particularly gratifying to all of us at Airbus when it comes from a group of airline professionals who know our products as well as the folks at Indigo Partners do. We are proud to augment their airline fleets,” he said in a statement.

Airbus had been trailing rival Boeing this year in terms of new jet orders but this huge contract puts the European planemaker firmly back on the front foot.

Boeing scooped the headlines on day one of the Dubai airshow with a $15 billion order from Middle East airline, Emirates. This was seen as a particularly significant blow to Airbus when most analysts had predicted a big order from Emirates for its A380 superjumbo.

When asked Wednesday if Airbus could soon agree more A380’s planes for Emirates, Leahy was brief.

“You will have to ask Emirates about that,” he said.