US Not Postponing Return of Egypt’s Upgraded Army Helicopters: Embassy 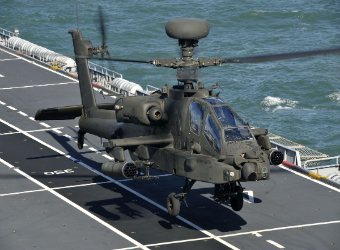 The US Embassy in Egypt has denied that Washington is postponing the return of Egyptian army helicopters.

The embassy on Monday dismissed “inaccurate reports” claiming that the Obama administration is blocking the return of several Apache helicopters owned by the Egyptian military that were sent to the United States for maintenance.

“One helicopter was sent to the United States for an upgrade.  That upgrade is complete, and it is available to be shipped back to Egypt at any time,” the embassy said in a statement.

The US suspended much of its $1.5 billion in military and economic assistance to Egypt late last year “pending progress towards democracy,” with the State Department saying last week it was still “reevaluating that relationship” with Egypt and determining the status of the frozen aid.

The Obama administration continues to postpone the delivery of new Apache helicopters as a part of a review of its assistance to Egypt, the embassy added.