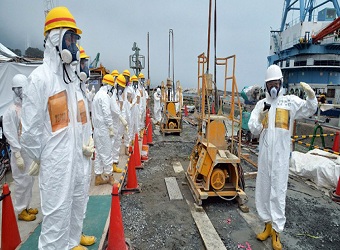 Diplomacy backed by military power is needed to deal with North Korea’s missile and nuclear development, the head of the U.S. military’s Pacific Command said on Thursday.

North Korea has launched dozens of missiles under the leadership of Kim Jong Un as it accelerates a weapons program designed to give it the ability to target the United States with a powerful, nuclear-tipped missile.

In recent months, it has fired two missiles over Japan and conducted its sixth and the largest nuclear test, stoking regional tension.

“Clearly, while diplomacy must be the main effort with North Korea, it has to be diplomacy backed by credible military power,” Admiral Harry Harris said in Japan at the beginning of a meeting with Defence Minister Itsunori Onodera.

U.S. President Donald Trump visited China this month seeking its help to rein in North Korea and a senior Chinese diplomat will visit the North from Friday.

China has repeatedly pushed for a diplomatic solution to the crisis, but in recent months it has had only limited high-level exchanges with North Korea. The last time China’s special envoy for North Korea visited the country was in February last year.

Harris separately told Prime Minister Shinzo Abe that the joint exercise in the Sea of Japan during President Donald Trump’s visit to the region was “an example of how our militaries work together”. Two Indian warships also took part.

Abe told Harris Japan wanted to closely coordinate with the United States to boost deterrence and response capability as the security environment in the region becomes more challenging.