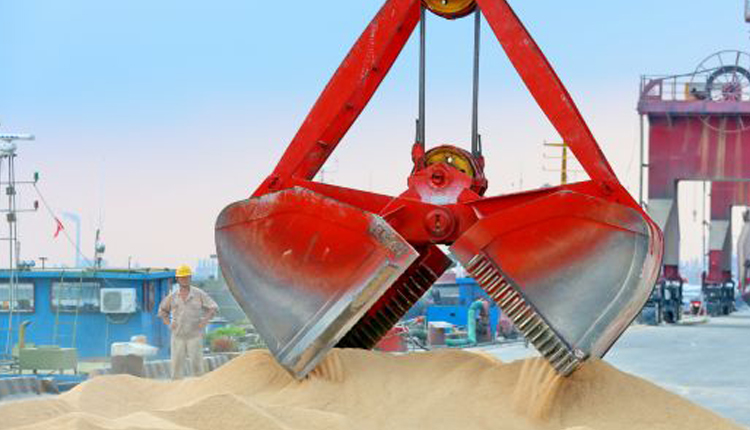 A vessel carrying soybeans from the United States, which has been anchored off China’s coast for more than a month since hefty tariffs were imposed, entered the port of Dalian on Saturday, according to Thomson Reuters Eikon shipping data.

The short journey into the northern Chinese port is the first by Peak Pegasus, which has 70,000 tonnes of U.S. soybeans on board, since the ship arrived off the coast on July 6 just hours after Beijing imposed 25 percent import duties on $34 billion worth of U.S. goods, including soybeans.

The penalties were in response to a similar move by Washington as part of a tit-for-tat trade dispute between the world’s two largest economies.

The ship was moored in the port just after midnight on Sunday morning, according to the latest data.

The move into the dock suggests the cargo may be about to be unloaded, becoming the first U.S. soybean shipment to incur the new penalties as the trade dispute deepens. China’s state grain stockpiler Sinograin is the buyer of the shipment, according to a source familiar with the matter.

Another ship carrying U.S. soybeans, Star Jennifer, has been anchored off Dalian since arriving on July 24.

The final stages of Peak Pegasus’ one-month journey to Dalian captured public attention in China as it became uncertain if it would arrive in time before the duties kicked in.

Soybeans, which are used to make cooking oil and animal feed, are the top U.S. agricultural export to China, with the trade worth $12.7 billion in 2017.

Last week, the Trump administration said it would start collecting tariffs on another $16 billion worth of Chinese imports from Aug. 23, as it tries to put pressure on China to negotiate trade concessions. Beijing has said it will retaliate in kind.