US Stocks Little Changed After Reports on Jobs, Service Sector 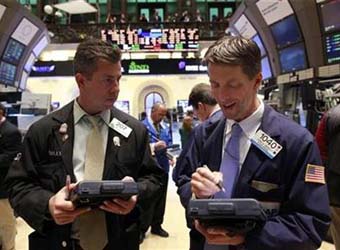 U.S. stocks were near unchanged on Wednesday, a day after the S&P 500 closed at a record high, as Wall Street considered reports that had a measure of the service sector dropping and the private sector adding fewer-than-projected jobs in February.

The report confirms “a tepid labor market. However, investors are likely to grit their teeth and cling to the weather-driven story,” noted Andrew Wilkinson, chief market analyst at Interactive Brokers.

“And besides, the latest data fails to really show signs of slowdown while shoring up optimism that the payback resulting from the cold winter will produce a positive hiring rebound come the spring,” he added.

Another report on Wednesday had the Institute for Supply Management’s non-manufacturing index for February due coming in at 51.6 in February versus a 54 reading in January.

The Dow Jones Industrial Average shed 7.77 points to 16,388.1, with Exxon Mobil leading declines that included 18 of its 30 components.

The S&P 500 pulled fractionally higher to 1,874.38, with energy hardest hit and financials faring best among its 10 major sectors.

On Tuesday, both the Dow and the S&P had their best session of the yearas worries over the crisis in Ukraine eased.

The dollar held steady against other global currencies and the yield on the 10-yearTreasury note rose 1 basis point to 2.708 percent.

And, the Federal Reserve’s Beige Book will be released in the afternoon.