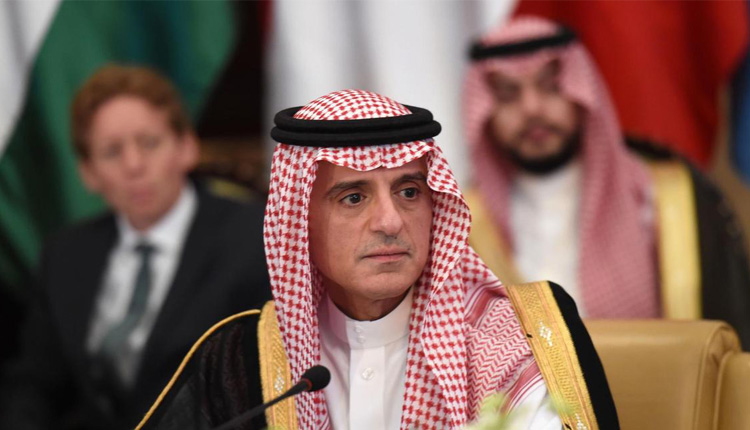 Saudi Arabia’s foreign minister asked Canada to apologize for demanding the release of Saudi women’s rights activists and stop treating the kingdom as “a banana republic” if it wanted to resolve a diplomatic dispute between the two countries.

Canadian Foreign Minister Chrystia Freeland said on Tuesday she hoped to meet with her Saudi counterpart Adel al-Jubeir this week on the sidelines of the United Nations General Assembly.

“It is outrageous from our perspective that a country will sit there and lecture us and make demands … We demand the immediate release and independence of Quebec, granting of equal rights to Canadian Indians. What on earth are you talking about?,” al-Jubeir said at the Council on Foreign Relations in New York on Wednesday night.

“You can criticize us about human rights, women’s rights … others do and that’s your right. You can sit down and talk about it, but demand the immediate release? What are we a banana republic? Would any country accept it? No! We don’t,” al-Jubeir said.

The dispute arose from Canada’s criticism over the arrests, including that of prominent women’s rights campaigner Samar Badawi. Her brother Raif Badawi, a prominent blogger, is serving a 10-year sentence and has been publicly flogged for expressing dissenting opinions online. His wife and children live in Canada and are Canadian citizens.

A number of women’s rights activists, who campaigned for the right to drive and an end to the kingdom’s male guardianship system, have been targeted in a government crackdown in recent months, human rights’ groups say.

“We don’t want to be a political football in Canada’s domestic politics. Find another ball to play with. It’s very easy to fix. Apologize and say you made a mistake,” al-Jubeir said.

Freeland said on Tuesday that Ottawa would not be changing its fundamental position.

Germany and Saudi Arabia agreed earlier this week to end a diplomatic dispute. The spat started last November when Germany’s foreign minister at the time, Sigmar Gabriel, condemned “adventurism” in the Middle East, comments seen as an attack on increasingly assertive Saudi policies, notably in Yemen.