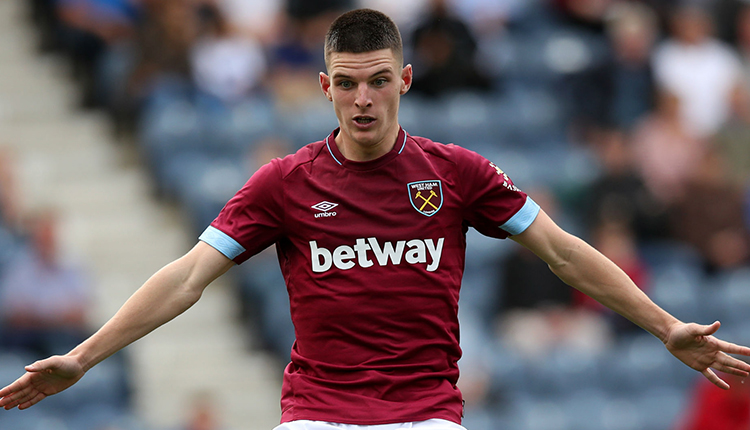 Declan Rice has said one of the nicer consequences of the coronavirus outbreak is that it has temporarily removed the “stress” of West Ham’s fight against Premier League relegation, AFP reported on Saturday.

The Hammers were above the bottom three on goal difference with nine games to play when the English top flight was suspended last month as a result of the pandemic.

England midfielder Rice said while he was missing being around his team-mates at the east London club there were some benefits from the unexpected break.

“It’s tough because I am used to seeing my team-mates and going out every day, to have that taken away from you is really tough,” he told Sky Sports.

“On a nicer scale of it, it is nice with the position we are in at West Ham, not to feel the pressure of having to go out and play for three points every week.

“It’s nice from that perspective not to have that stress, but we just want to get back to it now,” added the 21-year-old.

Friday saw the Netherlands’ Eredivisie become the first top European league to call an end to its 2019/20 season because of the coronavirus.

As a result, there will be no Dutch champions this term after Ajax and AZ Alkmaar were left level on points at the top of the table and no teams will be relegated.

But a similar move in England would likely lead to an outcry given Premier League leaders Liverpool, seeking their first domestic championship in 30 years, lead second-placed Manchester City by the huge margin of 25 points.

Meanwhile the likes of Leeds and Fulham are pushing for promotion to the top flight.