Without ‘progress on democracy’, there is no aid to Egypt: U.S. State Department 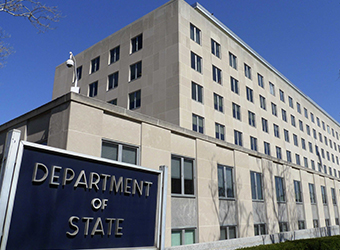 The United States will withhold aid to Egypt until it sees progress on its democracy, State Department spokesperson Heather Nauert stated Wednesday during a press briefing.

“It’s in our best interest to exercise a national security waiver that obligates $195 million [to Egypt]… until we can see progress on democracy,” Nauert stated.

But Nauert added that Egypt still received $1 billion from the United States for fiscal year 2017.

The US decision to reduce financial aid to Egypt is reportedly caused by the US officials’ disappointment with the situation in the field of guaranteeing civil liberties in the country, particularly, with the law restricting the activities of non-governmental organizations (NGOs) that was adopted in May.

Earlier on Wednesday, the Egyptian Foreign Ministry said the US decision to cut financial assistance to Egypt would have a negative impact on bilateral relations.

Egypt’s economy will not be affected by U.S. aid cut: AmCham