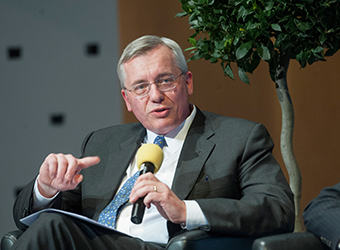 The World Bank is currently working on four initiatives for agricultural waste management and solar energy in two Upper Egyptian cities; Qenna and Sohag, an official in the bank said Tuesday.

Klaus Tilmes, Director of the Trade and Competitiveness Global Practice at the World Bank Group, made his remarks during meeting with Egyptian Minister of Trade Tarek Qabil in Cairo.

The World Bank’s current portfolio with Egypt includes a project for the modernisation of the industrial areas in Qenna and Sohag, in addition to another to support the efficiency of renewable energy in the country, Tilmes added.

He also referred to another ongoing project that aims at a comprehensive mechanization process for business facilitation, in cooperation with the Egyptian Industrial Development Authority (IDA) and the General Authority for Investment and Free Zones (GAFI). As for the fourth project, Tilmes said it aims at developing competition policies in cooperation with the Egyptian Competition Authority.