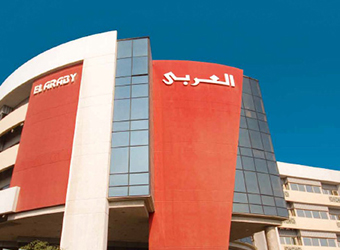 He addded that the new complex is on an area of 160,000 meter square with investments worth 304 billion Egptian pounds.

Al Araby added that it will create job opportunities for 11,000  employees, adding that his group is employing 25,000 workers and engineers.

El-Araby Group has two industrial complexes in Benha and Quesna.

The new complex will include 12 factories whether spare parts or feeding components which are locally manufactured, adding that the  feeding components plants will be opened next year and 50 percent of the production will be directed to export.

Arab Group carry out  all its industrial production in 6 factories in Qaliubiya and 16 factories Menofia located over 386 thousand square meters equipped with the latest cutting-edge production lines for the manufacture of products conforming to international quality standards, in addition to 15 commercial and administrative branches in Cairo, Port Said, Alexandria and Assiut.