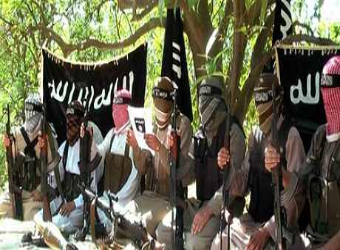 The US State Department has already designated the group a “foreign terrorist organisation.”

The group first emerged during the January 2011 uprising which toppled Hosni Mubarak.

Based in the northern Sinai Peninsula, near the Israeli border, its operations expanded dramatically after the ouster of Islamist president Mohamed Morsi.

Attacks that started in the peninsula are now taking place elsewhere in Egypt.

They have been targeting police and military personnel since Morsi`s ouster last July, in what they call revenge for a government crackdown on Islamists.

It has claimed responsibility for several bombings, including a suicide attack in February that killed two Korean tourists and their Egyptian bus driver.

The attack revived memories of an Islamist uprising in the 1990s that often targeted tourists and took years for then-president Hosni Mubarak to crush.

They have also claimed responsibility for an attack on the police headquarters in the Nile Delta city of Mansoura last December.

The Egyptian government has said the Muslim Brotherhood is involved in supporting militant attacks, and last year declared the group a terrorist organisation. The designation was upheld by a court in February.

The Brotherhood has denied any connection with militant attacks in Egypt.

Foreign ministry spokesperson Badr Abdel-Atty told Ahram Online that Egypt was in contact with many countries to explain the seriousness of the situation.

“We will be providing all the necessary documents so that all countries will help Egypt to counter terrorism.”

Abdel-Atty said Egypt was making all efforts to provide information about links between the militant group and the Brotherhood.